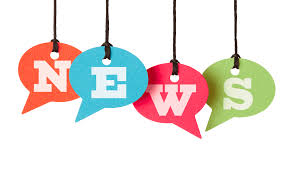 From the very beginning, Mayor Nancolas was passionate about youth involvement in the community. As a result, he created a tradition of visiting the two local high schools to teach government to students. In his first experience teaching, he discovered that students felt disenfranchised from the local government and were uninformed about the City. The students expressed interest in community service and involvement in the local government decision-making process. Mayor Nancolas determined that if the City of Caldwell wanted to strengthen the youth of the community, a program was needed to facilitate that type of activity. Based on Mayor Nancolas' initiative, the Mayor's Youth Advisory Council was created in 1998, and was officially adopted by the City of Caldwell as an official youth organization the next year.

The Mayor's Youth Advisory Council, or MYAC, provides the youth of Caldwell an opportunity to voice their opinions and share a role in the decision-making process. The council strives to empower youth in our community by getting them involved in community service. MYAC also offers students incredible learning experiences through travel to the National League of Cities Conferences every year, a host city that changes each Fall and Washington D.C. each Spring. Through local work and their travel experiences, members of MYAC develop skills in leadership and intellectual curiosity. The Council started with just six members and has continued to grow to a present Council of over twenty-five members. The Council is comprised of student representatives from Caldwell High School , Ridgeview High School, Vallivue High School, and Thomas Jefferson Charter School.

Membership is through an application process.  Applications are available in school counselor’s offices, Caldwell City Hall and on this website. MYAC holds meetings on the first and third Wednesdays of the month at 5:30 p.m in the Community Room at the Caldwell Police Station and everyone is invited. Mayor Nancolas, an advisory staff, and council members attend the meetings, which are open to the public. Each meeting is vital and the group works jointly with the Mayor to address local issues and to brainstorm how to improve City conditions for today's youth and future generations.