DUE TO RECOMMENDED PROTOCOLS REGARDING THE CORONAVIRUS, CITY OFFICES WILL BE CLOSED TO WALK-IN TRAFFIC, EFFECTIVE 8:00 AM, WEDNESDAY, MARCH 18, 2020 UNTIL FURTHER NOTICE.  PLEASE CHECK THE THE COVID-19 UPDATE PAGE  (CLICK ON THE LINK) FOR MORE INFORMATION ON MAKING WATER/SEWER/TRASH PAYMENTS,  APPLYING FOR PERMITS/LICENSES, ETC. 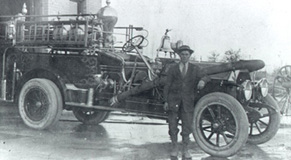 In early 1893, under the leadership of WF Schnabel, the Caldwell Fire Department enlarged the Hook and Ladder Company and added a Hose Company. In addition the first fire alarm was installed in May of the same year.

After 36 years in service, the Company was operating with antique equipment for the turn of the century and older - It was time for and update. The first piece of modern equipment (a LaFrance Pumper Truck) was purchase for $6000.00 which translates to over $108,000.00 in 2017. 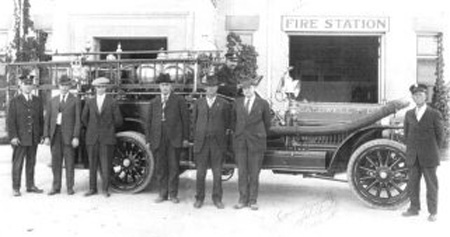 The original Station One was located in the middle of what we now know as S. 7th Ave. It was decided to move Station One to where it currently stands at 310 7th Ave and was officially opened by Mayor NE Culley in 1967. 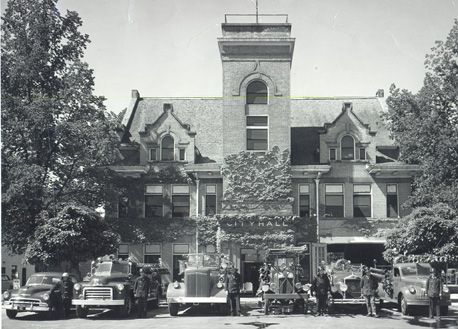 A remodel transformed the fire station in early 1990's to offer personal dorm rooms as women were entering the fire profession as opposed to the open barracks that commonly existed in the time period. As smoking became banned in the workplace the "smoking room" was converted to what is now the living space.

As of 2020, Caldwell Fire Department has 43 positions and is the busiest per station fire department in Idaho. An average 24  hour shift will run 16 calls between 2 stations. As the City of Caldwell is not slowing down in growth for the foreseeable future, call volume will enviably be on the increase as the population grows.

Looking into the future of Caldwell Fire, a third station is being built to help with the expansion of Caldwell and improve response times in the affected area. With a new station will come more staff which should improve the number of  calls per engine. We are looking forward to the growth of the Fire Department and what the future has in store.