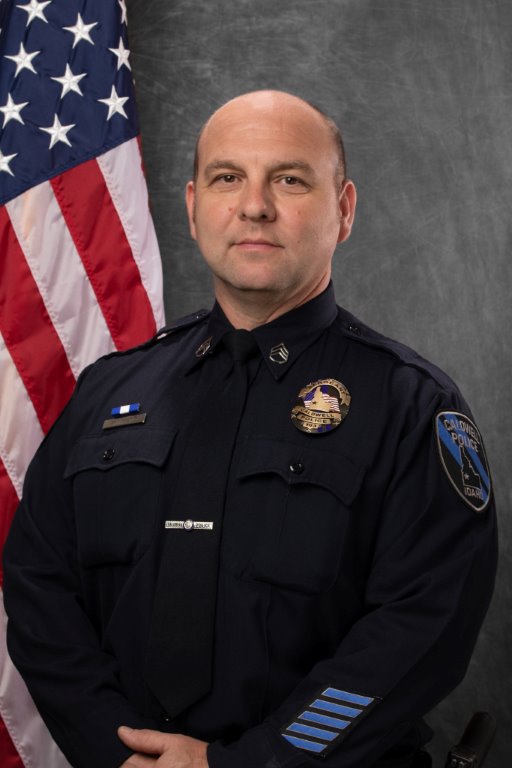 Lt. Winfield began his career with the Caldwell Police Department in 1989 as a dispatcher.  In 1990 he became a police officer before leaving to Oregon in 1994.  Lt. Winfield worked 6 years for the Milwaukie Police Department and 1 year as an International Police Officer in Kosovo before returning to Caldwell Police in 2001. Since then, Lt. Winfield has worked both patrol and investigations as an officer, Corporal, and Sergeant until being promoted to Lieutenant in 2019.  Lt. Winfield is the Services Division Commander where he oversees Records Technicians,  Evidence Technicians, Community Service Officers, Animal Control Officers, grants and training records. Lt. Winfield is the departments Range Master and is a POST certified instructor in firearms, patrol rifle, and Tactical Team Operations,  as well as being a certified Glock and Rifle Armorer.

Lt. Winfield is the SWAT Tactical Commander and has been on the team for 20+ years.

Lt. Winfield lives in Caldwell with his wife Cindy and has four children and three grandchildren.

In looking back on Lt. Winfield’s 30+ year career,  he’s most proud of being a member of the SWAT team with his favorite quote being “In the realm of tactical operations,  no one stands alone;  for it is the team which increase the probability of success in imminent danger.  Though the team is the sum of its individual part,  individual acts of valor as wasted through uncoordinated execution.”