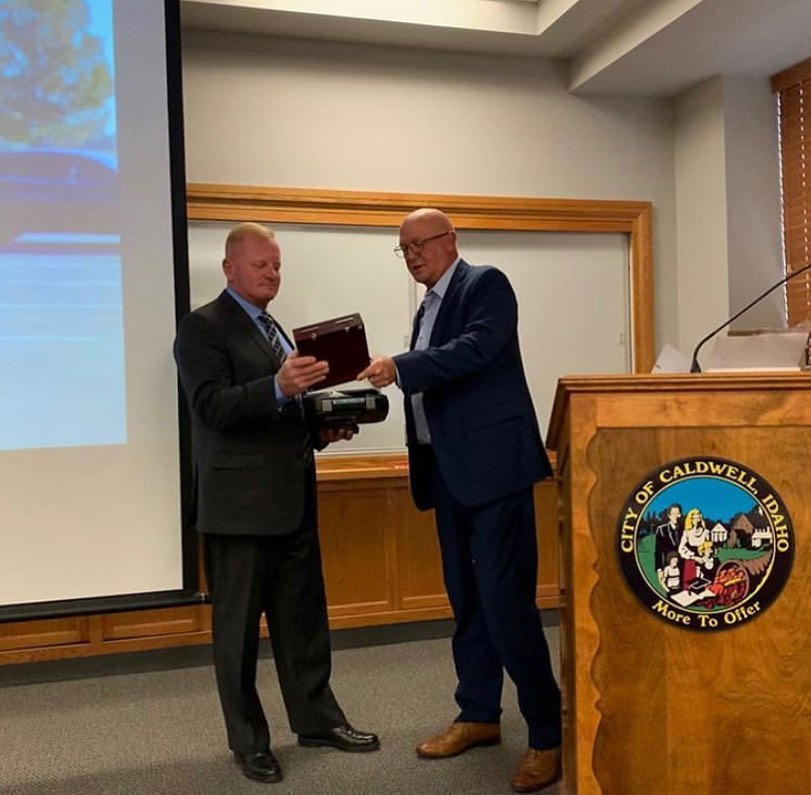 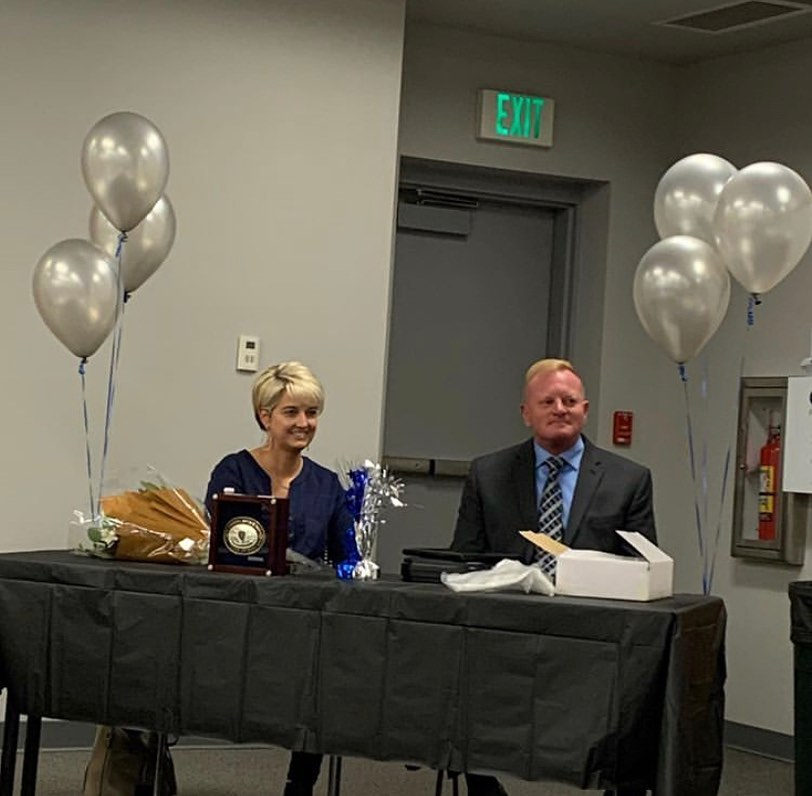 Celebrating Lieutenant Alan Seevers and his 32 years of service to the Caldwell Police Department and our community. 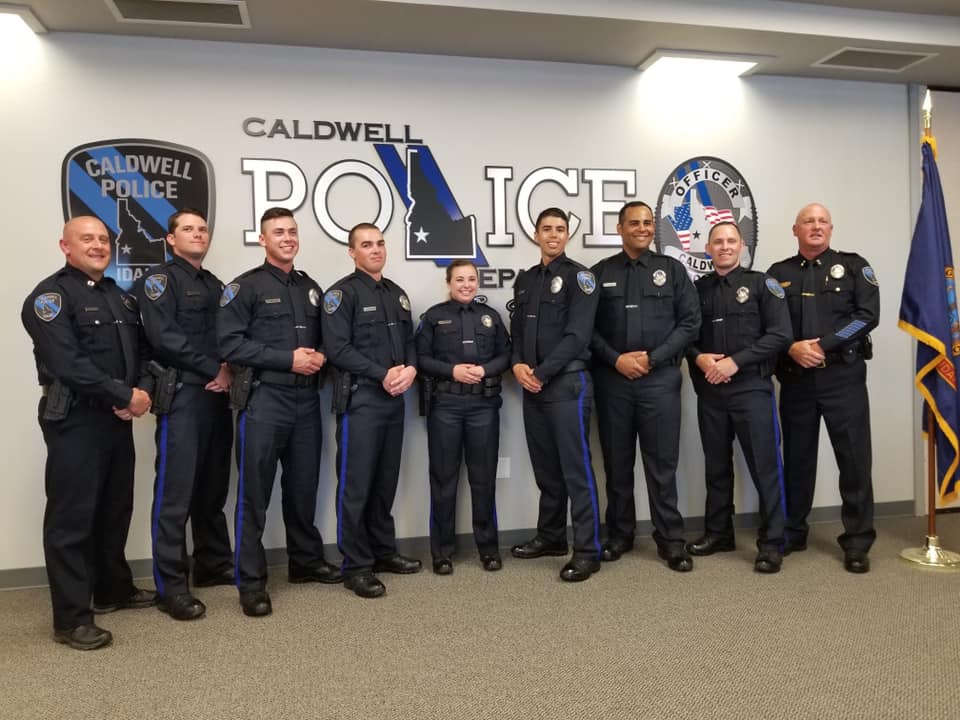 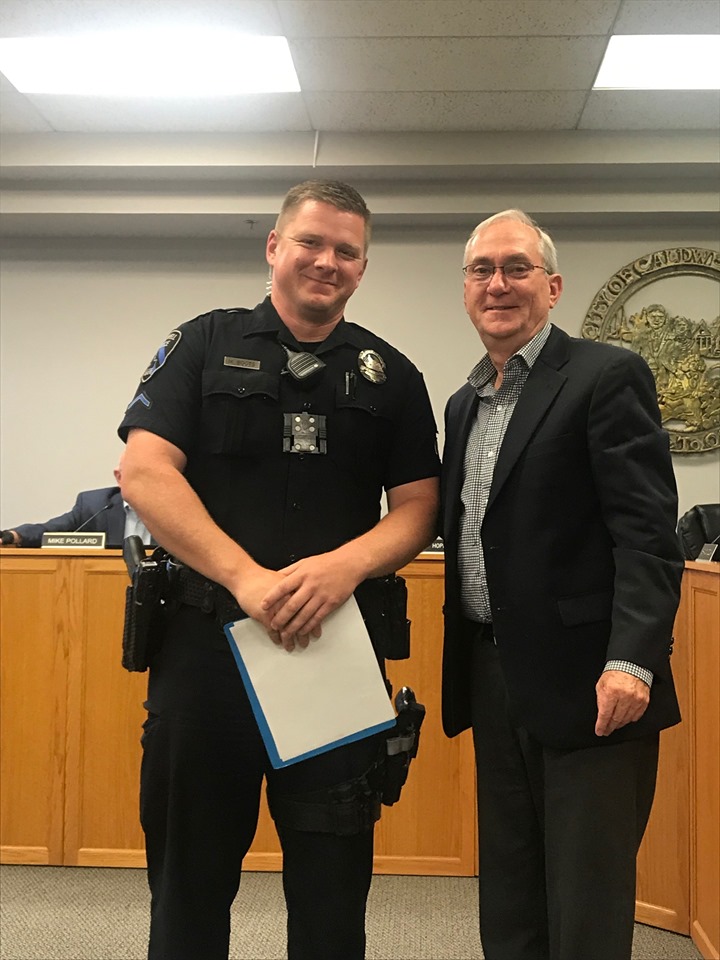 Officer Max Boots was chosen as the City employee of the month. He was nominated by a Caldwell Citizen, also a United States Army Veteran, for his help with the VA and his grandchildren. Congratulations to Officer Boots pictured with Mayor Garret Nancolas. 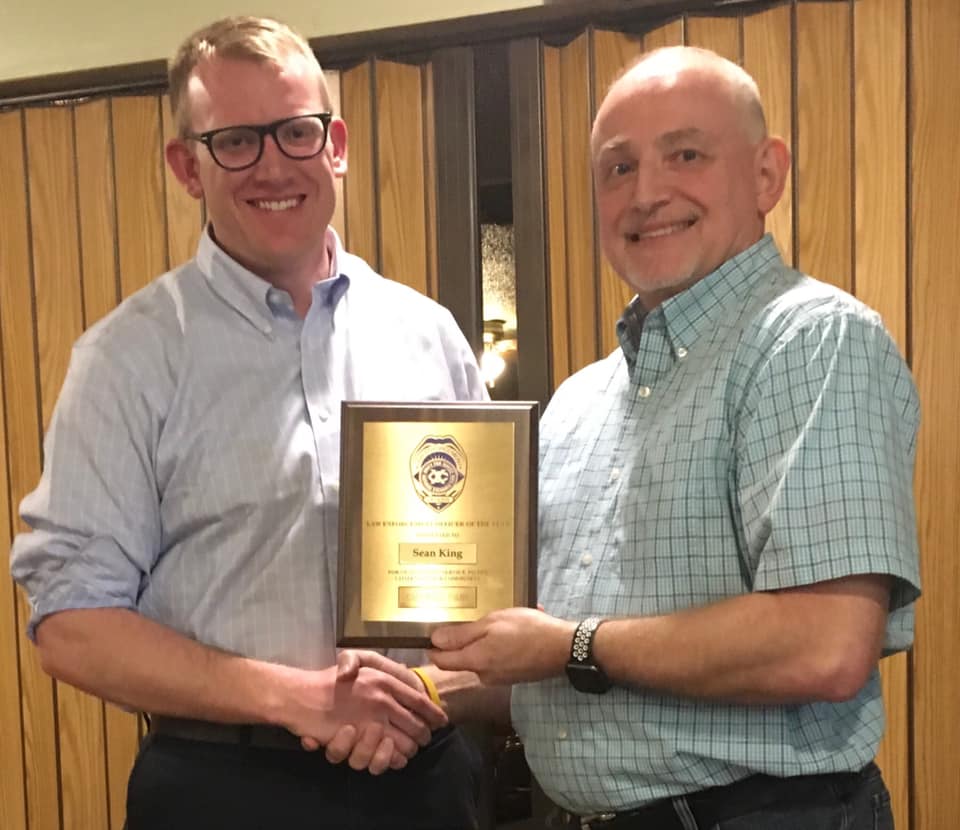 The Exchange Club of Caldwell presented Officer King with their Police Officer of the Year award.
Pictured is club president Mitch Davis with Officer King. 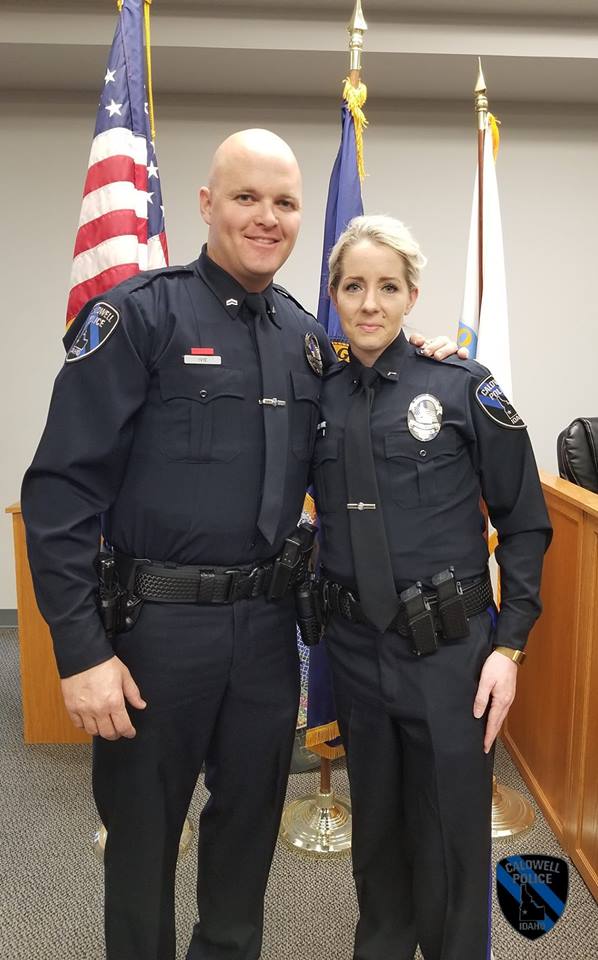 Recent promotions. Cpl Chad Ivie (left)  has been promoted to Sergeant and will be assigned to the Investigations Division as the new Supervisor for the SRO team. Ofcr Amber Walker (right) was promoted to Corporal and will remain on patrol. Congratulations to both for doing an outstanding job! 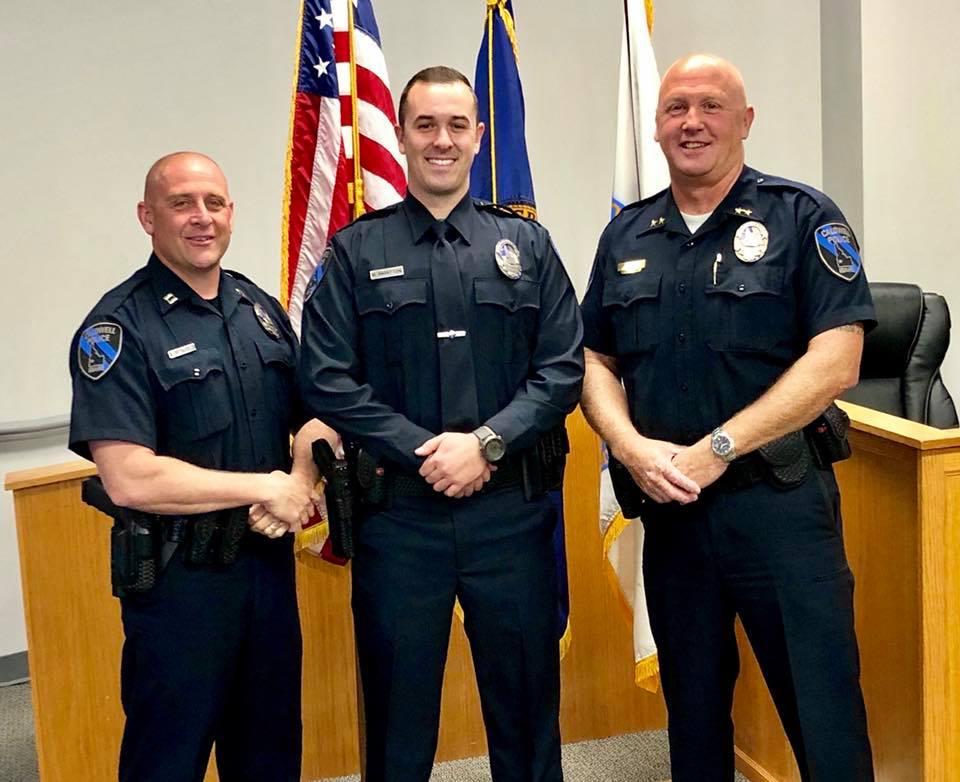 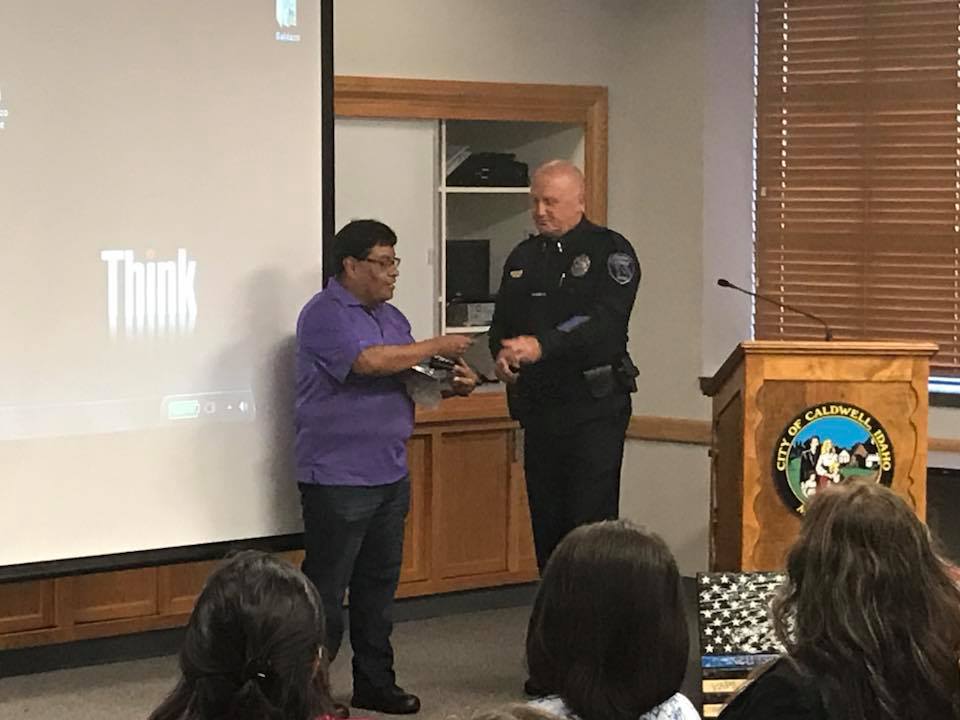 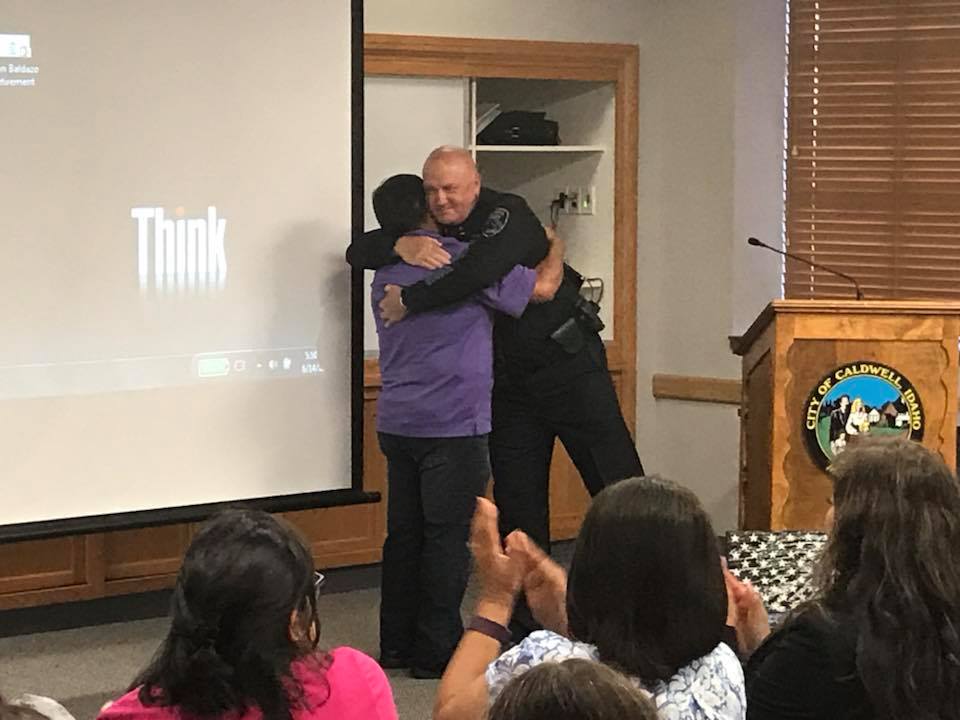 Celebrating Corporal Baldazo’s 27 years of service to the citizens and students of Caldwell! Corporal Baldazo spent a majority of those years as a School Resource Officer in both the Caldwell and Vallivue school districts. He has been and invaluable bridge between the police department and our youth! You will be missed!!! 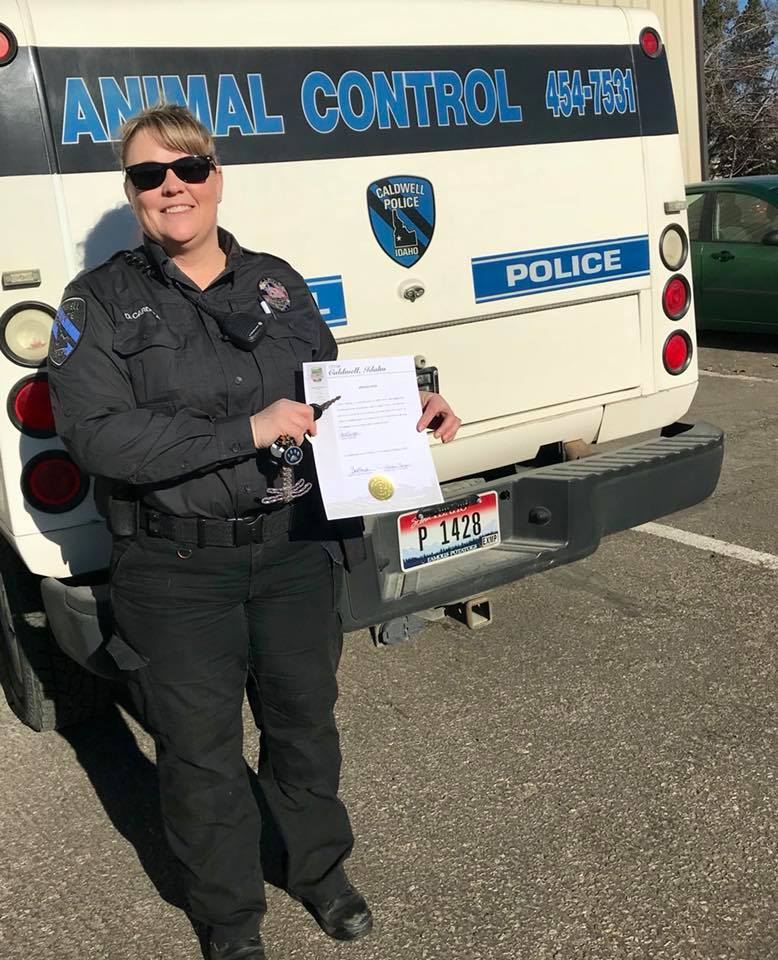 Give a big Caldwell welcome to our newest Animal Control Officer, Dawn Cardoza. ACO Cardoza comes to us from Yolo County California where she also previously worked as an animal control officer. Welcome ACO Cardoza 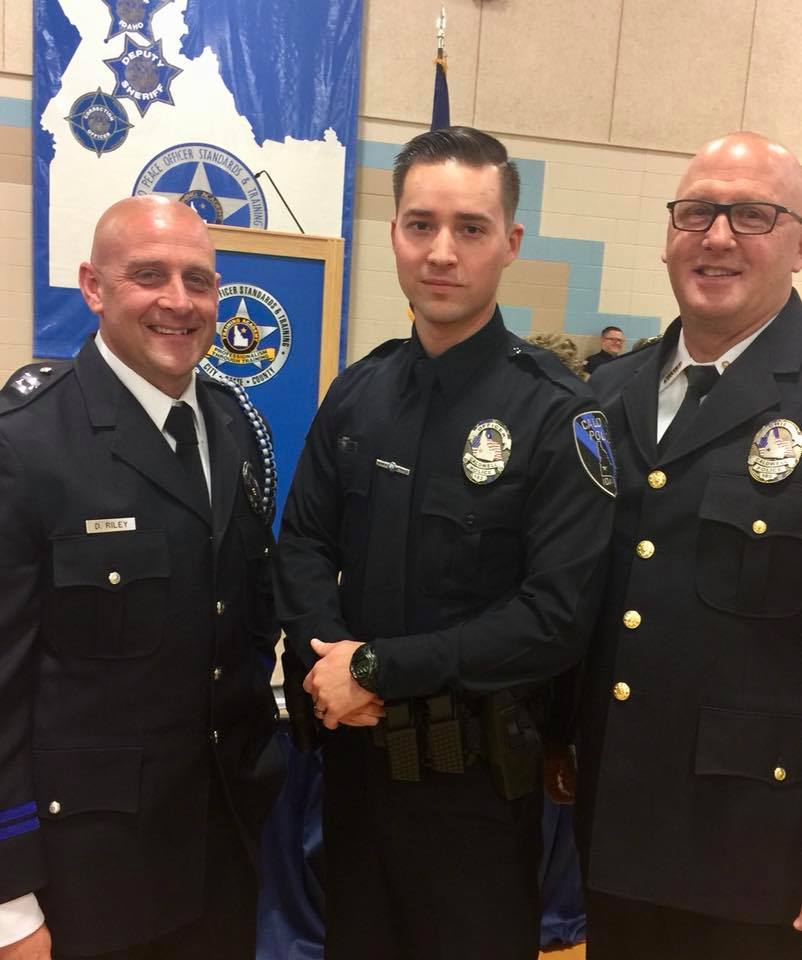 Congratulations to Officer Nathan Rohrback who just recently graduated from Idaho Post Academy #190 We are excited to have him back and out patrolling the streets of Caldwell very soon! Pictured here with Chief Frank Wyant and Captain Devin Riley

Another eventful morning, July 24 at CPD as we promoted Ryan Bendawald to Corporal and Chelle Sperry to Sergeant. Alisa Gulley was recognized for her promotion to supervisor of our Records Division. Officers Robert Heaton and Max Boots were also awarded the rank of Specialist after completing their first year of service. 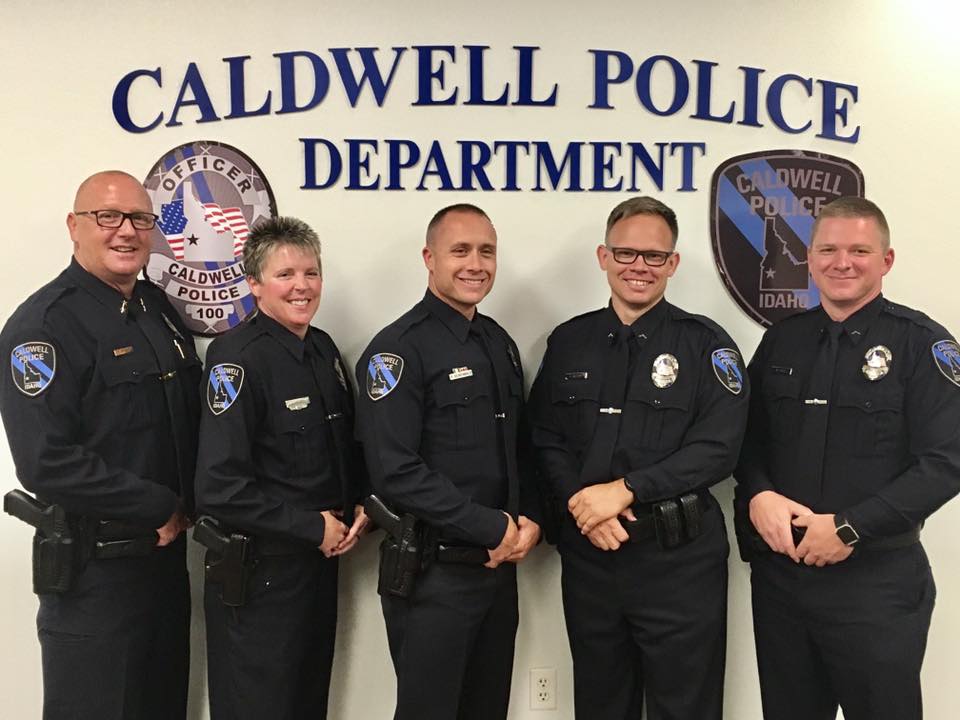 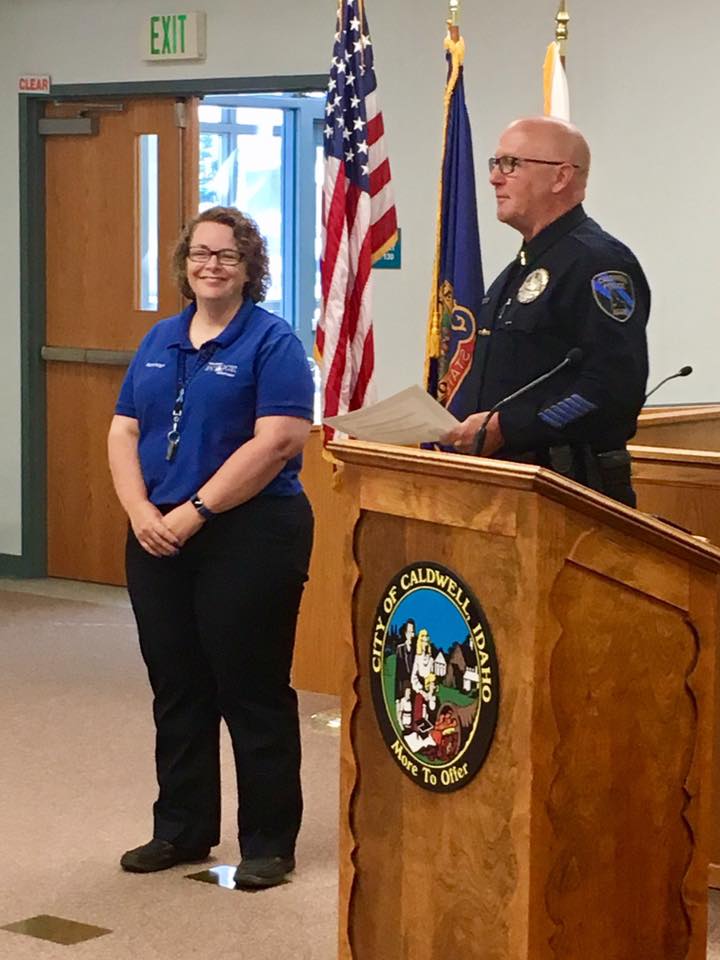 Alisa Gulley with Chief Wyant being recognized for her promotion and service. 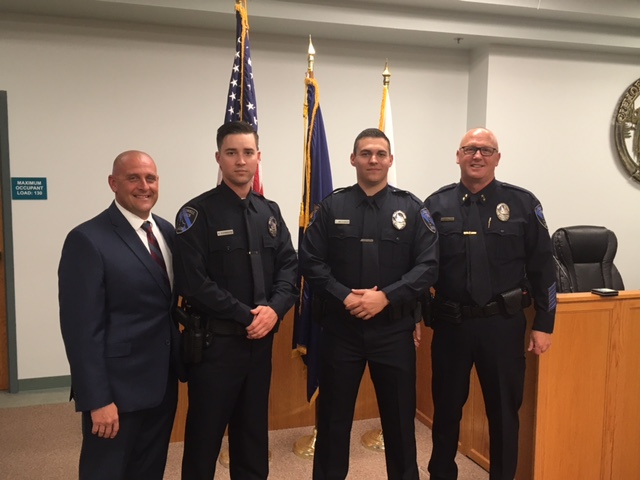 Officer Nathan Rohrback attended Boise State was in the Marine Corps.  He is engaged to be married in July.

Officer Corbin Medsker came to us from Gooding PD where he was a patrol officer. 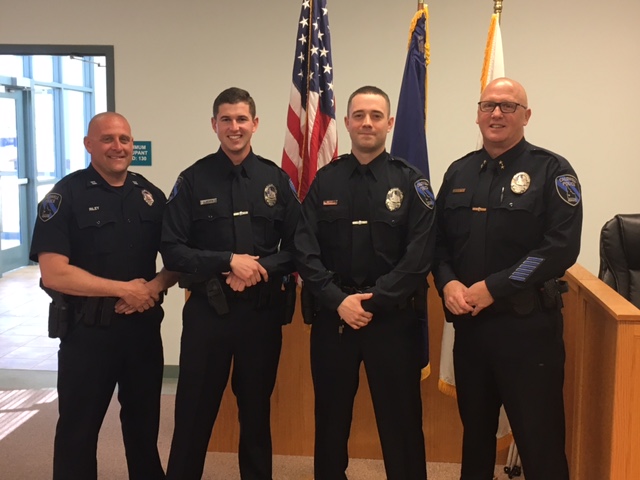 Officer Casey McGrew came to us from Homedale PD where he worked as a patrolman.  His father is an Owyhee County Deputy and he is recently married.

Officer Jesse Cooper recently moved back to Idaho from Alaska.  This is his first job in law enforcement and has always dreamed of being a police officer. 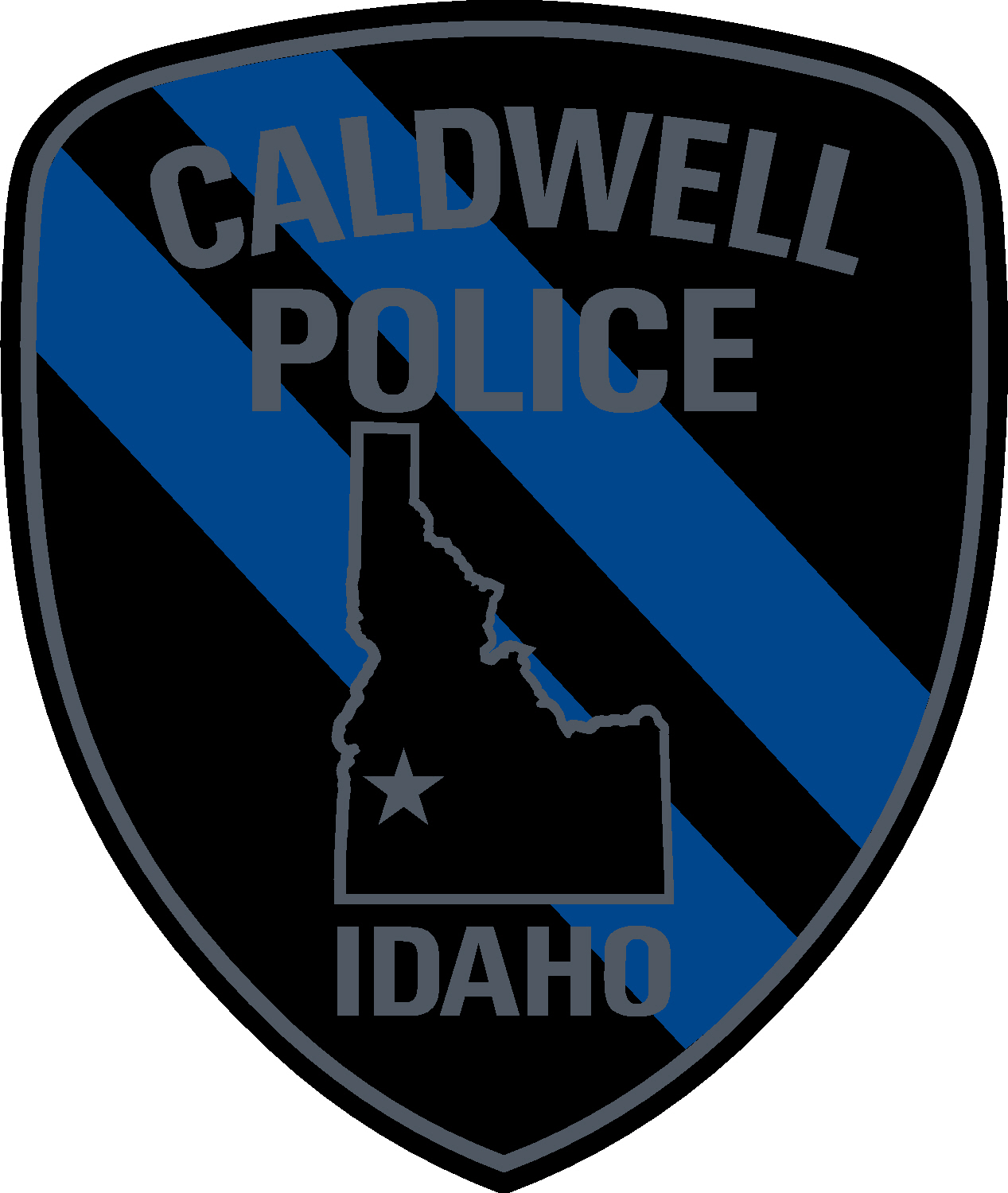