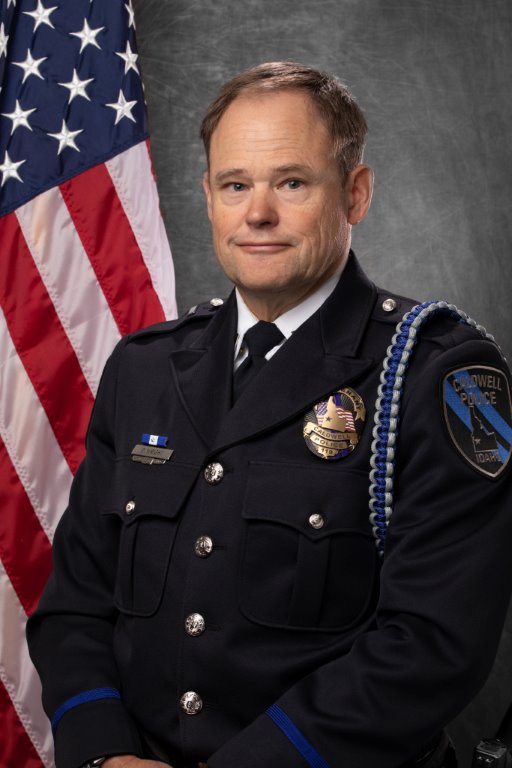 Lt. Wright began his career with the Caldwell Police Department on August 1, 1985. Starting as a patrolman, he eventually promoted to Corporal, then to Sergeant. He has held numerous positions in both patrol and investigations, including Detective Sergeant.

In 2007, Sergeant Wright was promoted to Lieutenant, where he served as a Patrol Division Commander.

He lives in Caldwell with his wife and daughter 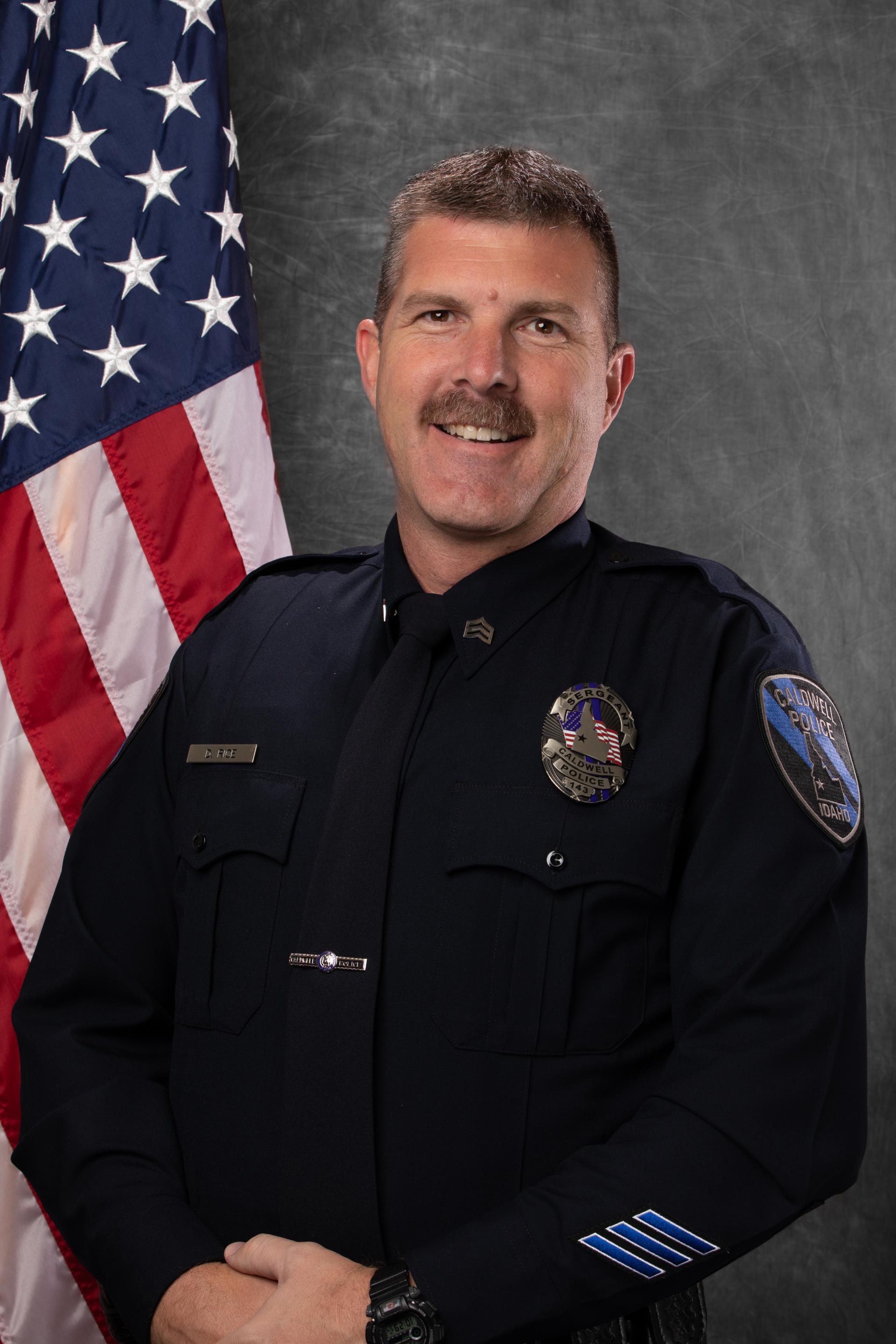 Lt. Damon Rice was born in California and lived in New Mexico until 1987, when he and his mother moved to Caldwell.  Damon attended Caldwell High School and graduated in 1990.

In January 1996, Damon enlisted in the U.S. Navy and attended Recruit Training at the Naval Training Center, Great Lakes.  Upon graduation, he received orders to attend the Aviation Structural Mechanic “A” School in Millington, TN.  His first assignment after graduation from “A” School was to Fleet Air Reconnaissance Squadron FOUR (VQ 4) at Tinker Air Force Base, OK where he maintained the Navy’s E-6A/B aircraft.  In 2001, he attended the Law Enforcement/Master-at-Arms (LE/MA) School at Naval Technical Training Center (NTTC), Lackland AFB, San Antonio, TX.  After graduation, he accepted orders to Naval Air Station (NAS) Fallon, NV.

While assigned to NAS Fallon’s Security Detachment, Damon was assigned to the Patrol Division.  During his assignment with the Patrol Division, he qualified as a Field Training Officer, Assistant Watch Commander, Watch Commander and Command Investigator.  In September 2002, he completed the Law Enforcement Instructor Training Course in San Diego, CA and was reassigned to the Training Department as the Leading Petty Officer (LPO).   As Training Department LPO, he was responsible for the training and qualifications for over 180 Law Enforcement Personnel.  In his off duty time, he volunteered as a Reserve Deputy Sheriff with the Churchill County Sheriff’s Department where he earned the State of Nevada’s Reserve Basic Certificate.   In 2004, after nearly 10 years on active duty, he was honorably discharged and moved back Caldwell.  Damon later continued his career in the U.S. Navy and enlisted in the U.S. Navy Reserves.

Damon was hired by the Caldwell Police Department (CPD) in 2004. He attended the Idaho Police Officers Standardized Training (POST) Academy in January 2005. Damon graduated POST and returned to duty with CPD, where he completed Field Training and was assigned to the Patrol Division. During his assignment with the Patrol Division, Damon qualified as a Field Training Officer and trained multiple officers.

In 2006, Damon transferred to the investigations division, attended numerous training courses and worked primarily as the department’s Crime Scene Investigator. In 2008, Damon advanced to the rank of Corporal and worked in the patrol division until 2009, when he returned to the investigations division. During his assignment with Investigations, Damon became qualified as a POST certified instructor and taught during numerous POST academies and CPD in-house training.  In 2011, Damon advanced to the rank of Sergeant and returned to the patrol division.

In 2012, Damon received mobilization orders with the U.S. Navy and was deployed to Afghanistan in support of Operation Enduring Freedom until 2013. He returned to CPD to continue his law enforcement career.  Damon advanced to the rank of Lieutenant in 2019 and is currently assigned to the patrol division.

“I love my country and I love this community….it is an honor to serve both.”